The Major Signs of Qiyamah 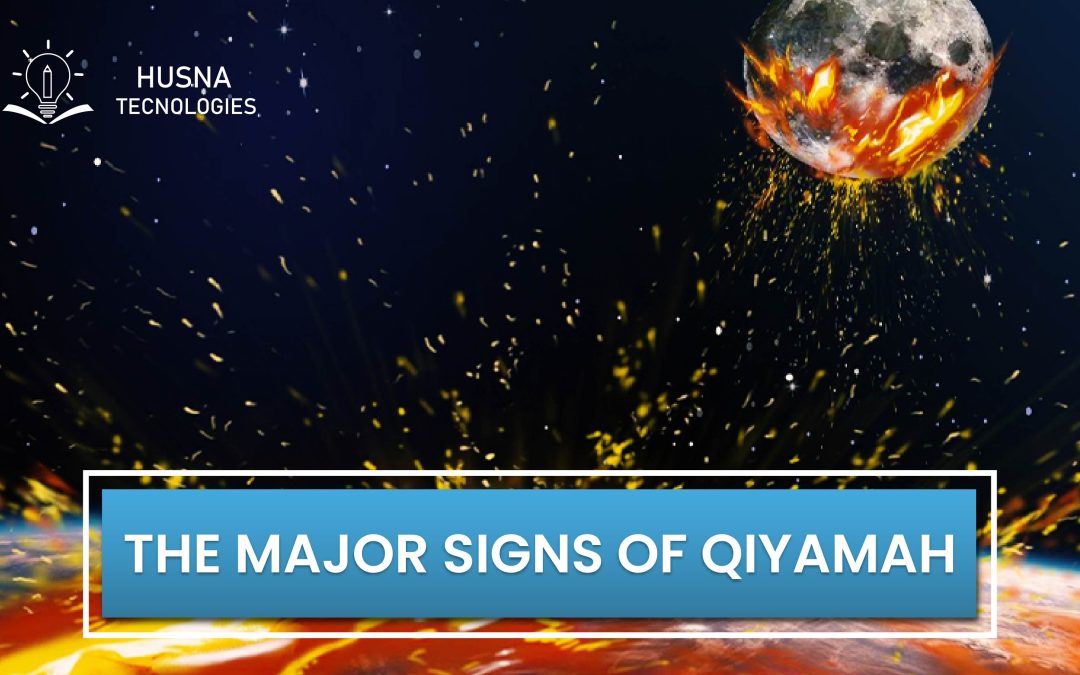 Qiyamah is one of the pillars of Imaan. To become a Muslim, one must believe in all of the pillars of Iman, including Allah, his Prophets, Angels, books, divine decree, and the resurrection. So, as Muslims, we have a firm conviction in the Day of Judgment and the major signs of Qiyamah. We believe that death is inevitable, one day, every human has to return to Allah, and he will decide their faith in the hereafter based on their actions in this life. Those who will pass that test will go to paradise, and others will have to suffer in hell.

As Muslims, we are always curious about the day of judgment’s timing. Qiyamah manifests itself in a variety of ways. Others of the indications have occurred in the past, some are already happening, and some will appear near the day of judgment. That’s why they are categorized into major and minor signs. Only after the completion of major signs the day of Qiyamah will occur. So, if someone thinks Qiyamah is close, they must pay heed to the major signs. Today we will unearth the major signs of Qiyamah. As Muslims, we believe that after the appearance of these signs, worldly affairs will come to their end, and real-life will start.

You may also like to learn about the Minor Signs of Qiyamah.

Enlisted below are the ten major signs of the day of judgment.

10 Major Signs of the Day of Judgement According to Hadith

The aforementioned are some of the major signs of Qiyamah that are deduced from the Hadith of Allah’s beloved Prophet Muhammad (P.B.U.H). One of the companions of Prophet Muhammad (P.B.U.H) narrated, “Allah’s Messenger came to us all of a sudden as we were (busy in a discussion). He asked: What are you discussing? (The Companions) replied: We are discussing (the subject of) the Last Hour. Thereupon he said: It will not come until you see ten signs.

And (in this connection) he made a mention of the ‘smoke’, ‘Dajjal’, the ‘beast’, the ‘rising of the sun from the west, the ‘descent of Jesus son of Mary’, ‘Gog and Magog’, ‘sinking of the earth in three places, one in the east, one in the west and one in Arabia’ at the end of which ‘fire would burn forth from Yemen, and would drive people to the place of their assembly (i.e., the place where mankind will be assembled for judgment).”

The Descent of Imaam Mehdi

According to Islam, one of the most contentious issues among Islam’s various sects is who is Imaam Mehdi, according to Quran? And will Imaam Mehdi come before Dajjal? Well, it has different schools of thought. But one of the fundamental concepts is that Imaam Mehdi is the Prophet Jesus who was uplifted by Allah alive to protect him from the enemies. In Quran, Allah says, and indeed, Jesus will be [a sign for] knowledge of the Hour, so be not in doubt of it, and follow Me. This is a straight path”. [43:61].”

And now, before the day of judgment, there will be much turmoil, bloodshed, and death. Many different calamities will fall upon people, and people will not find shelter. A lot of chaos and fitnah will happen on earth. And this will be the time when Imaam Mehdi, Jesus, will descent on earth by Allah. Holy Prophet (P.B.U.H) said, “he will come at a time of intense disputes and differences among people and earthquakes.” [Ahmed]

Imaam Mehdi will appear and will compete with the Dajjal and it is one of the major signs of Qiyamah. Dajjal will be a one-eyed person who claims to be the Messiah. But in reality, he will be a fraud who will be here on earth to show the conflicts and disputes among people.

One of the significant major signs of Qiyamah is the arrival of Dajjal, and disbelievers will believe the Dajjal. On the other hand, believers will perceive him as an imposter and will never trust him, even if it means risking their lives. Later, Imaam Medhi will fight with Dajjal, winning a battle and this is how all the major signs of Qiyamah will complete, bringing the world to halt.