The 3 Stages of Ramadan 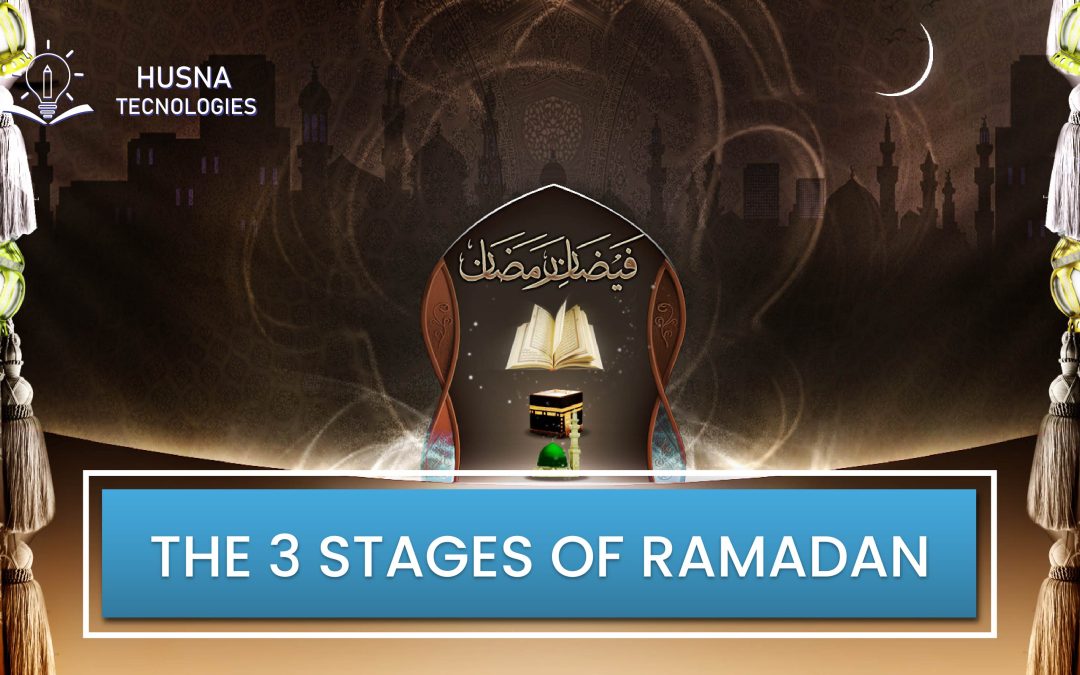 “Ramadan is the (month) in which the Quran was sent down, as a guide to mankind and a clear guidance and judgment (so that mankind will distinguish from right and wrong)” (Surah Al-Baqarah 2:185).

In the Muslims Lunar calendar, Ramadan is the 9th month. During Ramadan, Muslims fast from dawn to sunset. For the Muslims it is a time of spiritual castigate of deep observation of their relationship with the intense knowledge about Quran, relationship with God, increased charity, and generosity.

Significance of 3 Stages of Ramadan

For the Muslim Ummah Ramadan is the most important in the whole year. The Holy Quran was revealed in Ramadan in 610 AD if we see Ramadan historically. In Arabic, this revolution is known as the ‘’Laylat Al-Qadar’’ or the night of power. For the guidance of all humankind, The Holy Quran is considered the best source. Ramadan is the month of devotion and sacrifice ego.

“It (Ramadan) is the month, whose beginning is mercy, its middle is forgiveness, and its end is released from the fire of hell”.

Ramadan is considered the best opportunity for Muslims to be saved from hellfire and collect the blessings of Allah and pray to Allah for their forgiveness. Among the five pillars of Islam, fasting in the Month of Ramadan is number 4th. To Get Taqwa, that is to perform those actions which can please Allah and to avoid those actions that offense him, fasting can help a lot. During the month of Ramadan, gates of hell are closed and gates of paradise are opened, and the devils are tied together.

Ramadan is divided into three stages and these stages are called Ashra, meaning Ten. Each Ashra contains Separate Dua for it.

The first Stage of Ramadan

The Holy Month of Ramadan begins with the Ashra that bestows blessing and abundance. It is without any doubt the best and the most beautiful start to enter into this Holy month. During this Ashra, the Dua for the first stage of Ramzan is

‘’O! My Lord forgive and have Mercy and You are the Best of Merciful’’

The days of Mercy are the first ten days of Ramadan. These days Every Muslim must seek the mercy of Allah SWT.  Being merciful to other human beings by doing charity is the main objective of the first Ashra. Treating fellow Muslims well by having patience and by having control on temper. In the first Ashra, Muslims must seek mercy from Allah Almighty, who wants nothing but to bless his ummah with the dignities of life and the life hereafter.

To have the kindness to other human beings that Allah holds to us all is a great way to enter into the holy month. As the first Ashra is about the Mercy from God, we can show mercy through many ways such as by helping those who need help, no matter what kind of help it is financially or mentally.

Such as we can ask the poor if we can buy them clothes or food. Mercy can be shown by being kind to others and by being courteous. For example, by giving little gifts to the kids in the family or elders and in return we can ask them to do dua for us as Allah SWT without any doubt accepts the duas of kids without any doubt. we can make people feel special by using our manners and by giving them respect. When they are talking to us, we should pay attention to them as our Holy Prophet SAWW Always did.

The 2nd stage of Ramadan

The 2nd stage of Ramadan consists of the next ten days is from Day 11th to day 20th of Ramadan. It is the best time to get forgiveness from Allah SWT and we should repent for all the sins.  The Dua for the second Stage is:

‘’I seek forgiveness from Allah, my Lord, from every sin I committed’’

‘’and hasten to forgiveness from your lord, and a garden the extensiveness of which is the heavens and the earth, prepared for those who guard against evil.”– Quran 3:132.

“Will they not turn to Allah and seek his forgiveness, and Allah is oft-forgiving, merciful?” (Quran 5:74)

There are many ways through which we can seek forgiveness from ALLAH. First of all, we should forgive all those people who harmed us. Sometimes people are hurt unintentionally. We should forgive them for the sake of ALLAH as letting go can open the doors of ALLAH’s mercy.

The Most important 3rd and Last Ashra

The Third Ashra is the most important Ashra of Ramadan, as it is obvious that in the odd nights of the last ten days of Ramzan, the night of the decree falls. In the Islamic belief, Laylatul Qadr is that night when the Quran was sent from heaven to the earth for Muslims to get guidance from it in every field of life.  Dua for the Last Ashra is:

O Allah, save me from the fire (Jahannam).

As the last days of Ramadan is about seeking escape from ALLAH SWT from hellfire, Muslims must pray for it. The last Ashra of Ramadan is prioritized over the last two stages due to the night of the Lylat ul Qadr. That night is better than nights of hundred months. As in that night, Quran was revealed and it is considered as the beginning of the Holy Prophet Muhammad being a mentor for the Muslim Ummah.

It should be a Privilege for all Muslims to accept the opportunity and do justice with it as ALLAH SWT has gifted Muslims with the time to seek shelter from the hellfire that we may face in the world hereafter due to our wrongdoings in this life. Another act that Muslims do in the Last Ashra of Ramadan is sitting on Aitkaf and praying while distancing themselves from all affairs of the world and seeking refuge from all that is evil.

So, Muslims should Utilize this opportunity that the Month of Ramadan contains, and indeed it is the best time to create a strong connection with the creator, who is Majestic, Merciful and Forgiving.